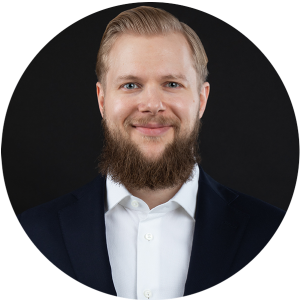 The European gas market is going through a transformational period of volatility and uncertainty. The catalyst for the current events is tragic and well-known, but there is also a backstory that is less familiar to outsiders. It offers an interesting account of why the European gas market is now more sensitive than ever before and also why so many companies this year are investing in solutions like PLEXOS to analyse the minute details within the gas market, even when you might not think that gas is part of their core business.

Forty years ago, the European gas market, much like its North American counterpart, was based on long-term bilateral (two-party) contracts that stipulated deliveries between companies or countries at terms tailored to the local market environment and use case. For example, an industrial plant could buy a set amount of gas for the price they would otherwise pay for oil, and the contract price would follow this rule for 25 years. This structure optimised the risks and opportunities of two trade partners – while effectively blocking competition – and created the preconditions for financing the large-scale gas transmission infrastructure Europe enjoys today.

However, the era of case-by-case contracts was short-lived. In Europe, gas market liberalisation began in the 1990s. Market rules started to enforce opportunities for competition and open access to infrastructure, eventually leading to the gas market we have now, where standardised physical and financial products are sold on an open market.

Even the pre-existing bilateral contracts were in large part renegotiated to reflect this new reality of an open, increasingly global natural gas market. It became common for European long-term contracts to follow gas market hub prices instead of an oil price index. This trend was accelerated in 2009-2014, when a mix of declining demand, resulting in over-contracting, and political support made a gas price index more favourable. Today, around 80% of wholesale gas sold in Europe is priced based on the gas market, compared to just 15% in 2005, according to the IGU’s 2022 Wholesale Price Report.

Benefits of gas prices set by supply and demand…

It is a natural feature of a short-term market that the price moves with supply and demand. For European gas consumers, this was favourable in the 2010s, as the ongoing long-term contracts with Russia were flexible and increasingly tied to the gas market price, and LNG supply from the United States (among others) was also flexible and growing. Due to the flexibility in supply, European gas prices reflected the many options of procurement. The period culminated in the record-low prices of 2020 when demand was disrupted by the pandemic.

Companies in the gas industry routinely conduct risk management on their gas purchases and sales to limit business impacts of short-term price movements of gas (as well as other relevant commodities). The magnitude and significance of the supply crisis sparked by the Russian invasion of Ukraine in February 2022, however, proved to be largely unavoidable. Because a large share of European gas purchases (short and long-term) were now based on the gas market price, the supply disruption affected contract prices with or without long-term contracts in place, both pipeline gas and LNG. And, because demand exceeded supply by a significant margin, the market was forced to adapt in the only way that it could – demand had to go down, and the price had to go up. The gas markets entered a new era.

Over the transitional years that are behind and ahead of us, there will be a new evolution in how gas contracts are structured and priced. A new balance will be found between the risks and benefits of different contract structures, and the security of supply will undoubtedly be at the top of the list of priorities. These factors will create a new dynamic for gas prices and flows in different market conditions.

Adapting to the Future of European Gas

Whatever the dynamic of the European gas market will be in five years, it is bound to be even more global than before the current crisis and dependent on numerous individual factors. Many forward-looking companies are adopting advanced modelling tools, such as PLEXOS, to forecast the regional and global LNG and pipeline gas prices and flows. The purpose-built infrastructure modelling platform and optimisation tools offered by PLEXOS enable companies to track the impacts of potential market changes and to assess their own strategies in hundreds of future scenarios.

How to model European Security of Supply in PLEXOS

Dr. Kristo Helin is an experienced energy market analyst with a background in the European power and gas markets. He has worked in research, strategic, and operative roles in energy market intelligence, both as the customer and developer of models that were used in key business decisions. Dr. Helin works as Senior Energy Market Analyst at Energy Exemplar, where he focuses on making complex models easier to calibrate and understand.