The future of Hydrogen and its role in decarbonization

Hydrogen is a fundamental element that is playing a growing role in the energy sector as gas for commercial use. When used for electrical and chemical energy, H2 provides power to many industries, including transportation, electricity, oil and gas, and agriculture. Unfortunately, the current Hydrogen production processes emit harmful greenhouse gases that will continue to contribute to climate change without novel approaches.

In 1766, a British scientist named Henry Cavendish discovered that water forms when Hydrogen burns in air. He proved that all water molecules contain Hydrogen atoms (H2O). In 1783, the French chemist Antoine Lavoisier recognized and named Hydrogen (means “water-former), based on the Greek root words hydro (meaning “water”) and genes (meaning “creator” or “forming”).

Hydrogen (1H) is the lightest of all basic chemical elements, with an atomic mass of 1.00794 AMU. The symbol H and atomic number one (number of protons in the nucleus of an atom) represent it.

The gas is rarely found in pure form. Under normal conditions, it takes on the form of a gas with the symbol H2 (molecules with two atoms). This gas is colorless, odorless, non-metallic and non-toxic, but it has combustible properties that make it very easy to burn.

Scientists believe that it was the first element ever formed. Hydrogen makes up about 90 percent of all atoms, which amounts to roughly 75 percent of the universe’s entire mass. As the most abundant element, it is naturally occurring in water as well plants, animals and all living things. It also fuels the light energy in the stars and the sun.

How and where is Hydrogen produced?

Scientists were producing Hydrogen even before its discovery as a single element. In 1671, Irish scientist Robert Boyle formed it for the first time from the chemical reaction of acid on iron. Commercially, H2 is an essential element for making everything from peanut oil to rocket fuel.

The commercial use of Hydrogen involves separating it into its pure form from various sources such as water, biomass and fossil fuels. There are several main approaches to its industrial production:

Production requires mass production processes, and manufacturers of Hydrogen typically used at or near the site produced. It can also be stored and transported through gas pipelines, compressed gas trailers (i.e., trucks, ships, train cars), and liquified tankers.

The production of hydrogen gas has many use cases, either as electrical or chemical energy.

Businesses can use Hydrogen to generate electricity as green power (hydro, solar, wind) in gas turbines, electrolytes, and heat pumps and chillers. It also can be used in heating and cooling systems through the natural gas grid. Last, Hydrogen is used in fuel cell technology to produce power for mobility from railways to electric vehicles.

As chemical energy, companies can also use Hydrogen to supply heat and cold for industrial and residential buildings and mobility for rail, marine and aviation transport. In the chemical industry, industries use hydrogen for base chemicals. They can also use it as e-fertilizers in agriculture and e-fuels in petrochemical plants. This type of Hydrogen production may also have applications in the food and beverage industry.

More than just reducing emissions, Hydrogen also presents a new opportunity for energy storage. Using batteries to store energy is often expensive and limited by a short use of life. Alternatively, it can be stored in a vessel, which offers an extended life compared to batteries—a contributing factor in simulations that can help you lower costs.

Why is Hydrogen important in decarbonization?

During the years from 2010 to 2019, the average global temperature has increased as much as 1.03° Celsius. Temperatures have warmed at an even faster pace in Europe up to 1.0° Celsius. By 2050, researchers estimate that temperatures will exceed the limit of 2.0° Celsius unless greenhouse gas emissions are reduced. There exists an ever-increasing global energy demand due to population growth, urbanization and prosperity.

Currently the vast majority of Hydrogen is produced through natural gas reforming, commonly referred to as Blue Hydrogen. This fossil fuel-based approach is the current cheapest solution.

EU and other nations expect to achieve net-zero emissions by 2050. While global leaders have worked towards implementing greener ways to produce hydrogen, the biggest challenge will address industries that are difficult to decarbonize under electrification. Projects around the world are confirming the viability of green Hydrogen. Thus making it is one of the top opportunities to integrate clean energy into our existing electricity and gas grid and help speed up the race to carbon neutrality.

Learn more about Hydrogen in our webinar series!

In a series of webinars, the leaders at Energy Exemplar, along with special guests, have presented plausible solutions for more eco-friendly ways of producing Hydrogen.

Register for Part 3: Flexibility in the Power System Using Hydrogen with ENTSOG on October 28, 2021 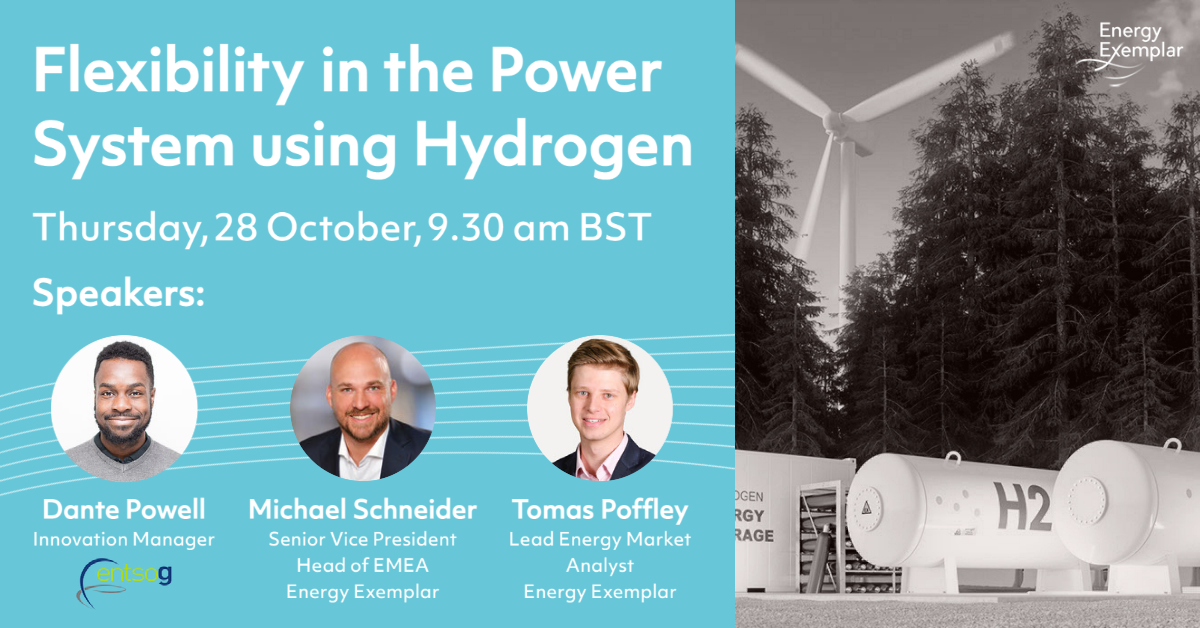 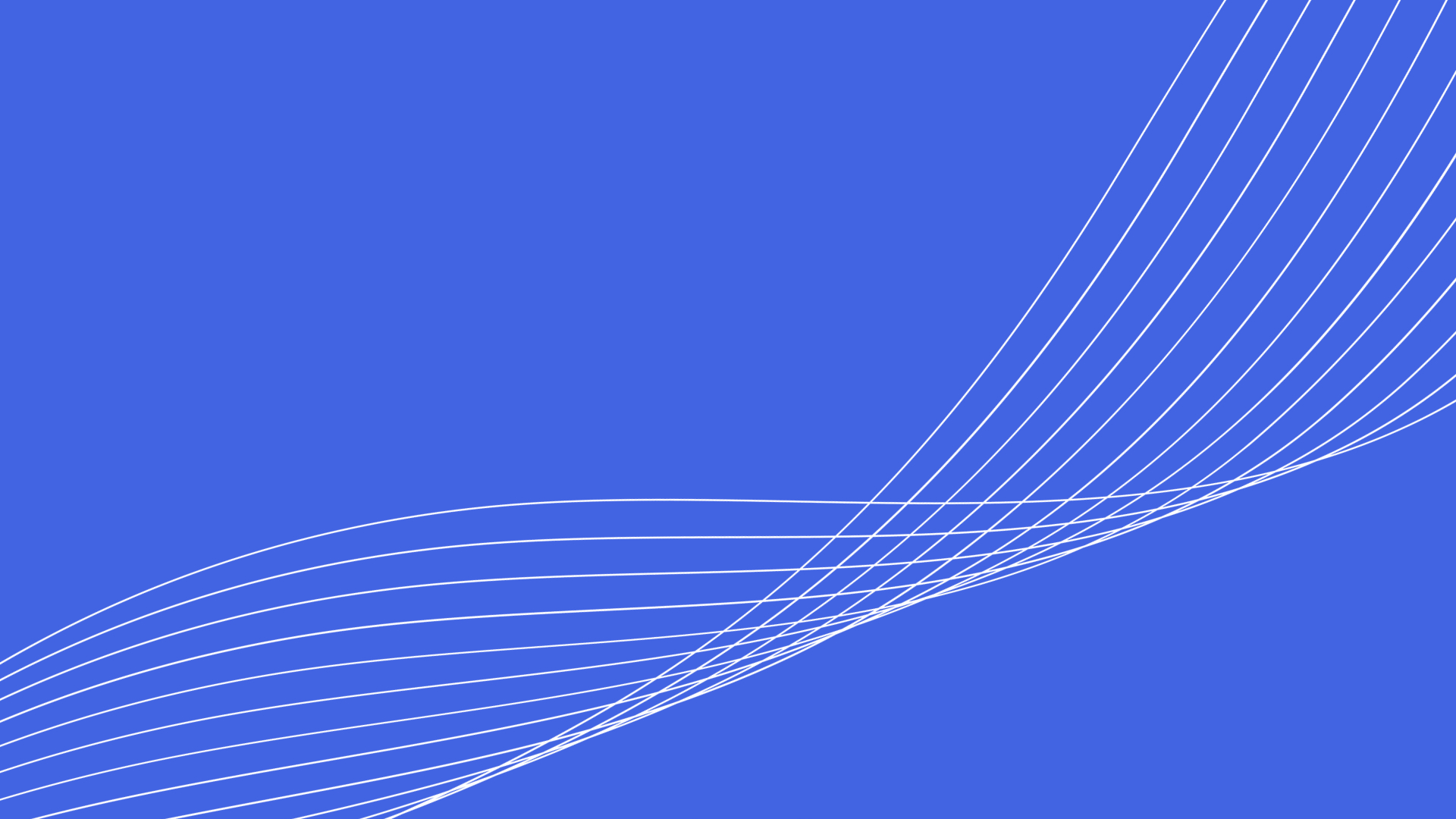