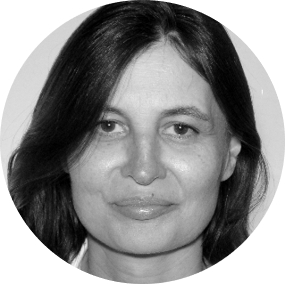 By the mid-2030s, all scenarios point to the European power mix changing fundamentally from a predominantly thermal system to a system dominated by intermittent renewable resources. This change to more renewable energy generation has inspired an evolution in electricity market simulation and power forecasting as the complexities of the power grid have grown and energy markets have become increasingly intertwined and difficult to analyse.

It's been a year since our newly formed European Data Analytics team released our first PLEXOS dataset: the Electricity Market Fundamentals dataset for Central and Western Europe. Since then, Energy Exemplar has successfully released datasets covering 39 European countries to our customer base that spans the continent.

Market views can be subjective, transient, and use-case dependent, so we were keen to develop a set of transparent, pan-European assumptions from trusted source(s) and easily identifiable to clients. In the end, the choice was straightforward – we decided to use the ENTSO-E and ENTSOG scenarios, which underpin the ten-year network development plan (TYNDP) developed by the European system operators. Not only created by highly respected sources, but the scenarios are pan-European, updated every two years, and, crucially, based on data gathered from all the European system operators. The latter are probably the best-placed market participants to provide independent, reliable market data.

How hard can it be to replicate the Ten Year Network Development Plan (TYNDP) scenarios?

Just take the aggregate outputs published by ENTSO-E for 2025, 2030, and 2040, put them into PLEXOS, and press the button, right? It turns out (probably unsurprisingly) that it isn't that easy. Any seasoned energy market modeler knows that one of the most significant discrepancies you can find is in generation capacity numbers. You might think that whether generating plants exist or not and how much they can generate should be relatively easy to establish. After all, you can even spot generators on Google Maps these days. But it isn't.

Here are a few challenges we have found when producing our forecast datasets:

The complexities of building high-quality datasets are endless. This is why building robust capacity lists have been one of the most extensive analytical tasks Energy Exemplar has ever undertaken. 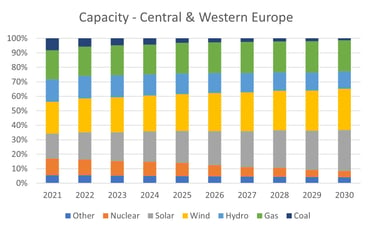 The ENTSO-E scenarios include net capacity growth by plant category by country. But what plants are retiring – and what is coming online, and on what basis? Built within PLEXOS is a sophisticated, automated optimisation tool for determining plant capacity decisions, which takes account of plant costs, flexibility, profitability, and system needs. The result, PLEXOS, gives you the insight to plan around the other organisation's new build and retirement decisions and balance that against the TSO-provided scenarios.

Our clients now get reliable insights from their PLEXOS models much faster than ever. We are also implementing an exciting roadmap of other ongoing developments, including co-optimised power and gas datasets, sub-zonal analysis, and stochastic multi-stage hydro modelling. Moreover, there are many more planned methodological enhancements to improve and develop our European market datasets. Perhaps our most significant challenge to date has been adding forecast data using PLEXOS's automated long-term capacity expansion functionality.

Energy Exemplar's European Data Analytics team has more than 80 combined years of experience in modelling and analysing energy markets, so we understand the importance of high-quality data. The key to developing successful datasets is to use the latest data from verifiable public sources. This data is rigorously checked, applied consistently to models across interconnected markets, which are fully documented, and calibrated using our market expertise. We focused initially on producing a robust backcast model, ensuring that we give clients a solid, well-understood base to start modelling.

PLEXOS's co-optimisation approach means that the principal practical limit to modelling is the quality of the input data and the user's imagination. So, we are looking forward to the next year of dataset development, which we expect to be even more rewarding than the last.

If you'd like to know more about our European datasets and energy forecasting solutions, get in touch today.

Tracey Granger has over 20 years’ experience in the electricity and gas industries. Her experience has spanned the value chain, from structured trading, market forecasting and risk management, through to venture capital investment, project management and software implementation; with the common thread being the forecasting and analysis of future energy market opportunities. She has worked at a major utility (Eastern Electricity/TXU Europe), PA Consulting, Old Mutual Financial Services and for 10 years in ABB’s advisory businesses. Tracey now leads Energy Exemplar’s European Data Analytics business and assists clients make the most of Energy Exemplar’s market-leading market simulation and forecasting tool, PLEXOS.