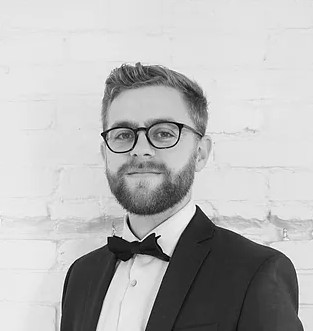 Africa is the second-most populous continent on the planet. Already home to 1.3 billion people spread over 54 countries, its population is growing quickly and is expected to reach 2.5 billion by 2050. Such immense population growth will require certain industries, like the power sector, to adapt, plan and develop just as rapidly.

As of 2020, more than 46% of the African population, or 600 million people, still lack access to electricity. With multiple banks, institutions and governments making universal access to electricity a priority, heavy investments are expected to boost energy infrastructure development through generation and transmission capacity expansion.

Fossil fuel generation represented 79% of the energy mix in Africa in 2020, but in the last several years, multiple low-carbon development strategies with renewable energy systems at their core have been launched. Africa, like the rest of the world, needs to transition to clean energy generation. Clean, or green energy, is energy generated from a source that is renewable and has minimal impact on the environment. This includes solar power, wind energy, and other renewable and sustainable sources.

At Energy Exemplar, we are aware that modelling the entire continent’s power system is no easy task, but starting with pre-calibrated data enables users to begin modelling and gaining insights immediately. We have been developing simulation-ready datasets for regions across the globe for many years, and we are now working on refreshing our African PLEXOS datasets. 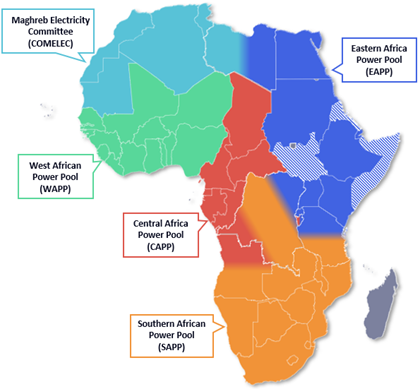 All Energy Exemplar datasets are developed using publicly available sources, and produced using our tried-and-tested methodologies for power market dataset development and calibration. Internal consistency and transparency are important to us, which is why we thoroughly document all our sources and assumptions. Our African datasets aim to include as many existing, committed and potential power plants as possible, along with their technical and operational characteristics and geolocations. Existing and committed interconnections are also included. Energy Exemplar carries out extensive research to update the datasets so that they best represent the current state of the power system.

Public data on the African power sector at the plant level is often not available or poorly reported. Here is a non-exhaustive list of the various challenges we face when producing our datasets:

To ensure our datasets offer a robust foundation for research and analyses, we compare our capacity list and energy production results against historical values extracted from trusted public sources. Variations in values are documented and justified when possible. The datasets also include demand forecasts and a list of candidate power plants to allow the user to run long-term planning simulations while giving full control over long-term energy scenarios.

Our first dataset to be refreshed is the West African Power Pool (WAPP) dataset. The WAPP is a specialised institution of the Economic Community of West African States (ECOWAS) whose mission is to integrate the national power systems into a unified Regional Electricity Market. It comprises the following 14 countries: Benin, Côte d’Ivoire, Burkina Faso, Ghana, The Gambia, Guinea, Guinea-Bissau, Liberia, Mali, Niger, Nigeria, Senegal, Sierra Leone, and Togo.

This dataset includes each of these countries’ existing, committed and planned power plants, along with their technical and operational characteristics. Existing and future interconnections are also modelled to give users unique insights on the future trends of the Regional Electricity Market. The dataset is further consolidated with country-level hourly load and renewable energy profiles, emission rates, and fuel prices. 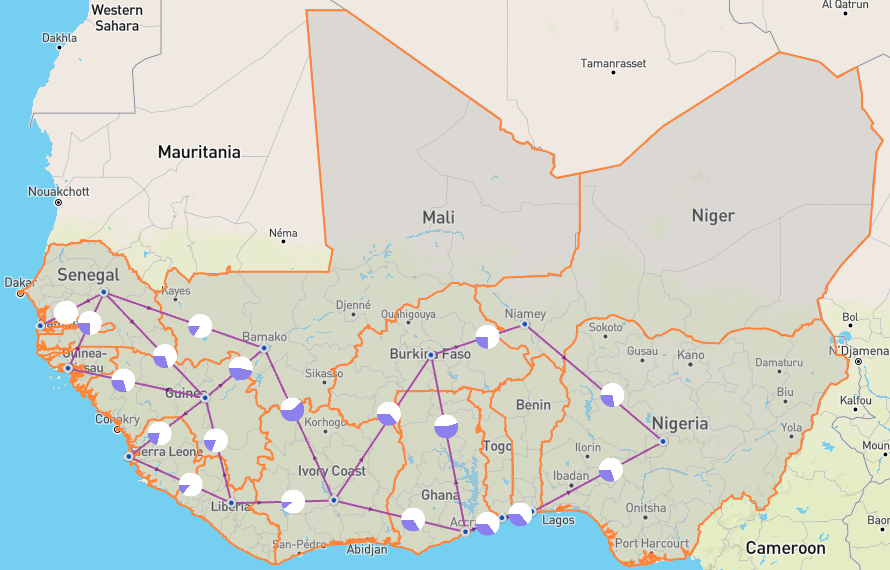 The main source used to build the dataset is ECOWAS’s Master Plan for the development of power generation and transmission of electrical energy, published in 2018. Extensive research is carried out to bring the Master Plan up to date, and the data is then cross-validated with other reliable and publicly available sources. The dataset also offers the user the ability to run simulation-ready Long-Term Capacity Expansion (LTCE) models and scenarios. PLEXOS’s LTCE functionality finds the optimal combination of generation new builds and retirements that minimises the net present value (NPV) of the total costs of the system over a long-term planning horizon.

Modelling the ECOWAS’s energy transition is an ambitious yet vital task, and the WAPP dataset establishes a robust groundwork to do so. Modelling emissions, renewable capacity and generation needs, along with the benefits of interconnections on supply and demand balance are just some examples of what can be achieved.

PLEXOS offers stakeholders limitless opportunities to manage the region’s clean energy future through the definition of customisable scenarios. And this is just the beginning – with our Continental Africa dataset, managing Africa’s clean energy transition while enhancing the continent’s economic and energy security becomes truly possible.

Get in touch today to learn more about our datasets.

Bastien Richelle holds a Master of Science degree in Energy Systems and is an experienced international energy consultant. He has been involved in a variety of projects in Sub-Saharan Africa, which include electricity generation, transmission and distribution system analyses, Integrated Resource Planning, renewable energy systems integration, and tariff and cost of service studies. Currently Energy Exemplar’s Energy Market Analyst in the Data Analytics team, Bastien focuses on developing short- and long-term forecasting models and as well as datasets for the African and European regions.