A Look Back at 2022's Product Updates 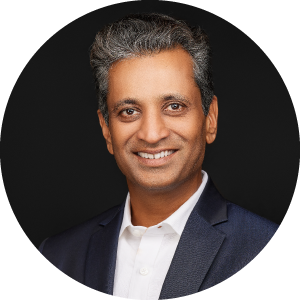 It's been an exciting and productive year for Energy Exemplar, and now that it's almost over, we'd like to reflect on what was accomplished. From launching new products to expanding our reach across the globe, we are proud of these many successes.

Energy Exemplar's software is helping transform how energy is delivered worldwide, from Ukraine synchronizing its power grid with the European Union in record time to Abu Dhabi's plan for net zero by 2050. From the feasibility of utility-scale hydrogen electrolysis in the Nordics to gas supply planning across eastern Europe and North America.

In this article, we look back at the past year and review the highlights of our company's product innovation journey. Learn more about 2022's product launches, key milestones, and achievements. Let's get started!

Aurora software development continued at a fast pace in 2022. During the year's first half, our work focused on building and releasing Aurora 14.2. It shipped in July and has had a rapid adoption rate. Aurora 14.2 included numerous new features. Revamped input tables enabled the addition of multiple new columns at once and the ability to view columns in Resource type tables by column groups. Modeling enhancements included improvements to storage logic and new time series patterns for holidays, allowing Aurora to automatically update observed dates for each year in a study. Relaxation Cost columns were added throughout so that the user can prioritize the cost of violating constraints. The Gurobi Tuner began shipping with Aurora 14.2, enabling fine-tuning project runtimes. Additionally, improvements were made to quickly generate LP files from Aurora for use in the Gurobi Tuner. Aurora 14.2 included four new user interface themes, two of which were dark mode themes for reducing eye strain.

In the second half of the year, Xcelerate attendees in Dallas were treated to a demo of Aurora's upcoming cloud integration. This feature will allow users to execute simulations using an Aurora engine on Energy Exemplar's cloud platform.

PLEXOS 9.1 introduced many developments that make life easier for PLEXOS users through improved performance, capability, and ease of use.

It has been a fantastic year! With over 2M simulations, a million API calls a month, a million core hours in October, and ten major releases, we are making PLEXOS Cloud the benchmark all other energy modeling platforms seek to emulate.

We have launched some incredible features that no other platform provides:

To recap, we have released the following datasets and improvements:

As the energy industry evolves, so do we. Our new focus has been on gas market fundamentals that serve an entirely new customer base. The rapid adoption of the PLEXOS Gas module across the market demonstrates the need to understand the energy market holistically.

Customer adoption has focused on modeling the impacts of energy supply disruptions and their impact on the global supply chain, planning for a pan-European hydrogen marketplace, and planning long-term investments that meet regulatory decarbonization requirements.

We can't wait to share the exciting new solutions we are working on in 2023 as we continue our mission of empowering transformative energy decisions with clarity, speed, and innovation.

the energy revolution is accelerating

Prepare for tomorrow with Energy Exemplar

Prajval Parthasarathy brings a visionary business-driven approach with a proven track record of delivering compelling customer experiences for enterprise cloud-based solutions to Energy Exemplar. Prior to joining the company in 2018, Prajval worked in lead product officer roles in other Software as a Service and cloud delivery organizations including Ivanti, Heat Software, CA Technologies and Nimsoft. Throughout his career, he has orchestrated the integration of large teams across multiple countries with leading agile practices and DevOps to maximize engineering output.